As the country celebrates, debates and bemoans the anniversary of May 9th Instant Café asks

To find out, join YBeeee & Curry Spice live with host Sean Ghazi on
Instant Café Night Live – the Talk Show we all actually want to see in Malaysia Baru.

Exactly one year ago Malaysia made history by voting out the old and, well, voting in the even older. Hooray! And exactly one year later Malaysia will see history being made again: It’s a brand new Instant Cafe Show! That’s right, Instant Cafe is back to answer today’s burning questions like, why do we still have a Sedition Act, why persecute women for marching, where did I put my glasses, I mean, they were right here, and does this curry taste “fishy” to you as well?

The Talk Show Everyone Is Talking About

He’s Malaysian Official 63, he may have lost the last election but he didn’t lose HIS equanimity, he’ll dress up as a dog and attack his own lawyer if he has to, he’s the only former Deputy Minister whose name you can still remember: He’s YBeeee! And he wants to Make Malaysia Great For Him Again (MMGFHA) #smallbossku.

She’s the only member of her own girl band “The Asian Spice Girls”, she’s the star of “Keeping Up With The Coomarasamys”, she spent two weeks in London so she’s all, like, “in your face” and “know what I mean” and she plans to be the next Prime Minister of Malaysia. That’s right, she’s the bi-sexual, bi-pedal, bi-nocular woman from Sentul – Curry Spice! #inikarilah #innit

You won’t want to miss the Surprise Celebrity Mystery Guests* AND the celebrity Guest Singers!

So be sure to join velvety smooth Sean Ghazi and his Special Guests as they look at Malaysia’s triumphs, the glories, the heartaches and the comedy, as well as asking the question, when was the last time you said Malaysia Baru?

*Different Surprise Celebrity Mystery Guests will appear every night – ranging from politicians to civil society leaders. A detailed calendar will be out soon. 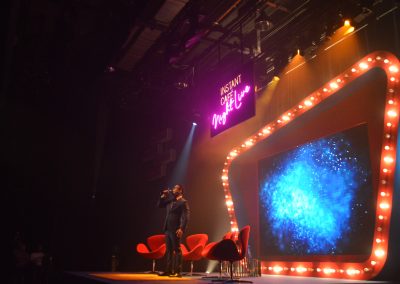